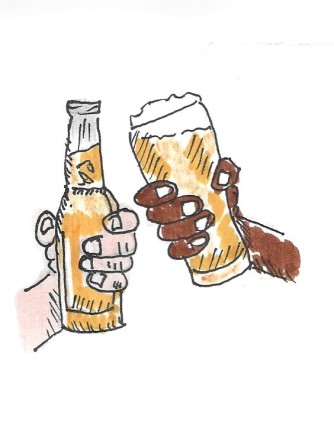 Well Beerchasers, you will have to excuse the lack of news about bars and breweries in this post.   And the image above (thanks to my sister-in-law, Pam Williams) and the pre-pandemic photo below from the gone but not forgotten Club 21 in Portland are the only pictures related to beer reminding us of what we are missing,. 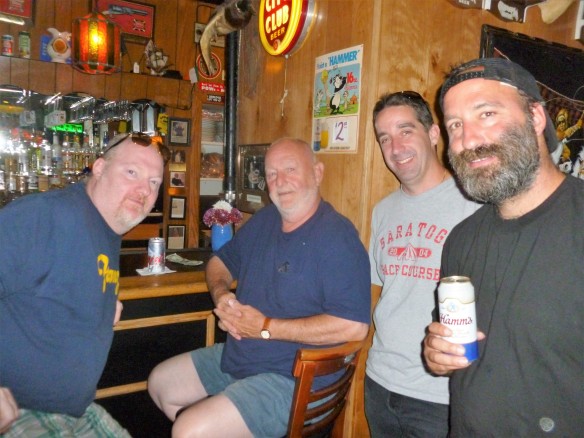 Chatting with a fascinating group of Club 21 regulars in 2014

My rationalization is that I still cannot really follow my protocol of going inside to new establishments and interviewing bartenders and regulars.   In addition, this platform is one where I can fret about annoyances and pet peeves and get them off my chest – even if I’m the only one who reads them…..So be forewarned, however, some of you may have the same frustration with the issue below.

The pandemic and events leading up to it, have made me a lot more conscious about statistics.   And it’s not that I was oblivious to numbers and trends previously.   In my twenty-five years in management at the Schwabe Williamson & Wyatt law firm in Portland – first as Business Manager and then for the last twelve as  COO – analyzing and interpreting data and trends on collections, billings, hours worked and expenses were an ongoing priority. 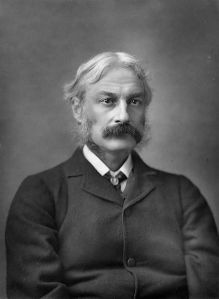 Originator of the lamppost analogy…

In fact, Dave Bartz, our Co-managing Partner and now Chair – Emeritus at the firm, loved to quote Scottish poet and literary critic Andrew Lang who asserted:  “Most people use statistics like a drunk man uses a lamppost; more for support than illumination”

And when we were trying to motivate lawyers to pay more attention to the business of law so both attorneys and the staff could get paid, we didn’t hesitate to use that maxim – especially at year-end!

Of course, lawyers were aware of efforts to frame the key statistics to enhance our position and one of them would inevitably respond with Mark Twain’s assertion:  “Facts are stubborn things, but statistics are pliable.” 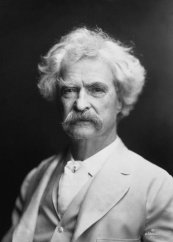 “Don’t bullshit me with figures…..”

Now – to digress – and  speaking of drawing a conclusion after analyzing, let’s use the example from Wikipedia when citing the source of the photo of Lang above.

The disclaimer states, “The copyright situation of this work is theoretically uncertain, because in the country of origin, copyright lasts 70 years after the death of the author, and the date of the author’s death is unknown.”

Then in an incredibly dry and understated manner it adds:

However, the date of creation of this work was over 120 years ago, and it is thus a reasonable assumption that the copyright has expired.”   Since it also stated that Lang died in 1914, I felt reasonably reassured that I could use this photo with the public domain attribution.

In 1980, I also had the experience of taking two terms of Data Analysis in graduate school with my new wife – her first two courses in the MPA Program at Portland State University – and my last two. 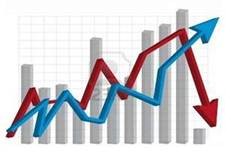 There was no on-line personal computer capability then and it was a real strain on our new marriage.  We’d negotiate on who got to go down and stand in line at Shattuck Hall on Saturday morning to run the punch-cards to get the report we had to analyze and who got to clean the bathrooms at our house. (The loser had to drive to Portland State!)

But over those months, we grudgingly learned Regression Analysis and stat concepts such as Hypothesis Testing and Statistical Significance, and Central Tendency. 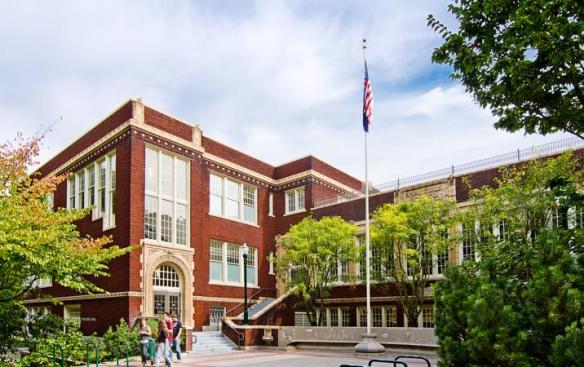 The last year makes us realize more than ever before that data can be manipulated, interpreted differently or even blatantly distorted to promote a position.   It seems that ethical and rational conclusions have been discarded at will – and it’s bipartisan practice.

Whether it was Donald Trump’s infamous assertion on February 26, 2020 about COVID 19:  “You have 15 people, and the 15 within a couple of days is going to be down to close to zero,” 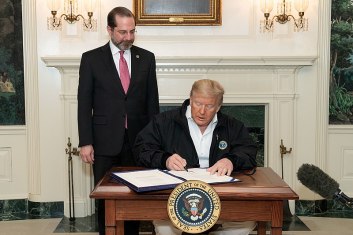 Signing the Congressional Funding Bill for Coronavirus Response on March 2020 – it didn’t work…….. 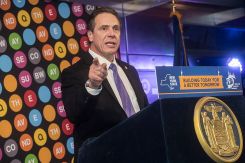 But the Dems reinforce the practice whether it be New York Governor, Andrew Cuomo’s manipulation of nursing home deaths due to COVID 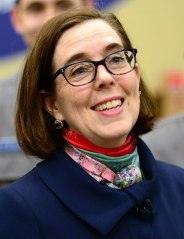 Oregon’s own Kate Brown’s (D) administration’s alleged “massage” of COVID statistics to reinforce the rationale for Oregon’s policy.  The Oregon Health Authority – up until a KGW television reporter pointed out the flaw – also skewed the data on the number of Oregon COVID cases:

“OHA counted only ‘new’ people who got tested. If someone got a test in June and was negative, then returned for another test in July and was negative, that second test would not be counted as part of that July day’s total of tests given…..Not counting all the return people getting tested increased the positivity rate because it created a smaller denominator in the equation.”

While this approach may have been an honest mistake in uncharted territory, some would assert that it was a deliberate and nefarious attempt to increase case data to justify Oregon’s stricter lockdown policies.  And it was statistically significant……

The State has also exhibited it’s abhorrence to data transparency until objections by the media and constituents forced a turnaround on work-place outbreaks in May, 2020.

So what can each of us do in these times where mutual trust is as scarce as a glass of fine Pinot in a dive bar.  As rare as an NFL lineman who has never undergone concussion protocol or as infrequent as….. – sorry, I got carried away. 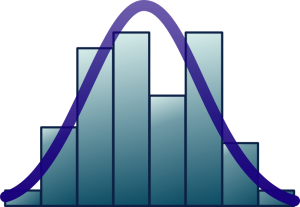 Statistics – not very attractive as a course offering

Statistical Analysis tends to be a course  avoided in both high school and college – especially when one can, as an example, get three hours of credit at Michigan State University for “Surviving the Coming Zombie Apocalypse—Disasters, Catastrophes, and Human Behavior.”  Go Figure – so to speak…

And, of course, social media (like this blog….) is not exactly the most appropriate repository of veracity.

Some tips on how to mitigate this issue. 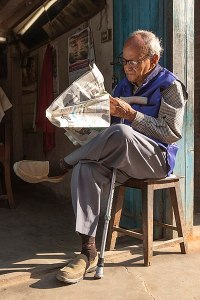 Read your paper – be informed and support it!

A timely (2/28) letter from Editor, Therese Bottomly, in The Oregonian entitled  “Yes, you should read us but please read lots of other sources, too,”  eloquently affirms my advice:

“Pew’s new analysis is a reminder that we should all broaden our media diet…..I encourage you to read widely. It’s worthwhile for those on the left and on the right to consume news from a broad spectrum….And it is wise to keep in mind the differences between fact-based news and straight-up opinion writing.” 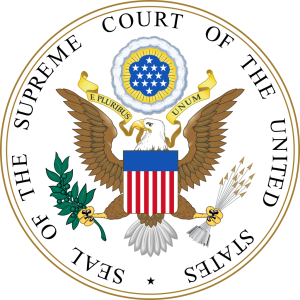 Yes Virginia, there are THREE branches in the US Government and the Judicial Branch is one

Perhaps working with lawyers for over thirty years, taught me (the hard way….) the discipline to question rather than blithely accept claims without examining underlying assumptions for validity or context.  Let’s take one example.

For the last few years, the NBA Portland Trailblazers and Moda Health Systems, as part of their partnership, have had a program entitled Moda Assist Program.  Television announcers at every game describe with exuberance the arrangement. 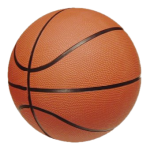 “For every Trail Blazers assist on the court during the regular season, Moda Health and the Blazers each donate $10 dollars (that’s a total of $20 per assist!) to the Trail Blazers Foundation.

At the end of each season, the money goes towards building a new all-abilities playground in a deserving Oregon community.”  The Blazer website states, the amount per assist was doubled from last year. 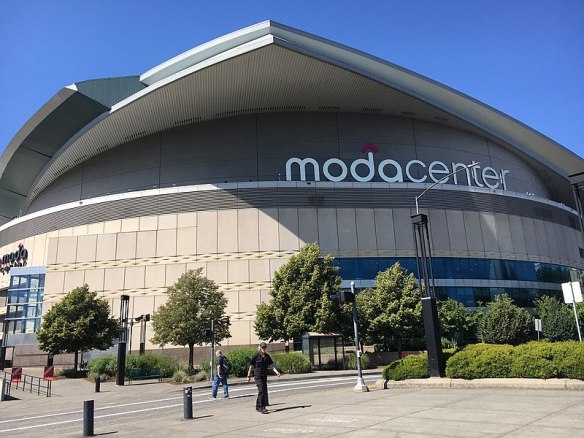 My instincts compelled me to analyze this program.   For background, it was reported by an article in a 2013 Lund Report entitled,  “Moda’s Vast Pool of Resources Makes the Rose Garden Affordable:”

While the exact terms were not disclosed, Moda did not challenge the above estimate and it was similar to other stadium or arena naming deals in the NFL and NBA. Also see 8/13/2013 Blazer’sEdge.com.  Note:  Moda is classified by the IRS as a non-profit service provider. 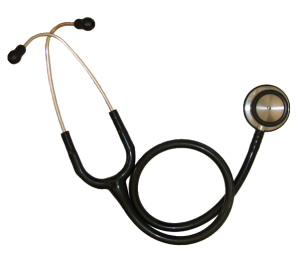 Some Moda subscribers, at a time when premiums were rising and claims receiving additional scrutiny (and rejection) were also not happy as set forth in this 8/23/13 Oregonian article:  Moda Health Subscribers Express Frustration With Rose Garden Naming Rights Deal

“I am a terminal cancer patient. My insurance company, formerly ODS, is now Moda. Last week I received notice that Moda would no longer pay for one of my prescriptions on the same day I read that it reportedly paid $40 million to have its name on the Rose Garden. I just hope the company doesn’t decide it needs more advertising.”

Let’s analyze what this means for the sponsoring organizations and Oregon communities.  The program sets out the metric – “for every assist on the court” which could just mean the home court, but let’s be generous and assume it’s on the basketball court – home or away.  So they pony up $20 collectively.   Remember, it’s just during the regular season and not during playoffs. 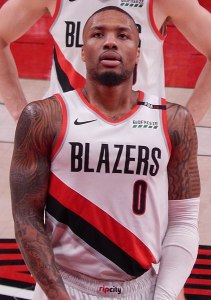 A normal season would mean eighty total games.  The Blazers, according to teamrankings.com for the 2020 season, ranked last among all NBA teams in assists per game with 19.9. (They were also last in 2019 with 20.4 – maybe this is why Moda selected this performance metric…..)

Both of the last two years have had abbreviated schedules, but for the sake of discussion let’s assume the typical 80-game regular NBA season.  With the 2020-21 season about half over, the Blazer website states that the number of assists to this point is 636.

So this means for a normal NBA season, Moda would shell out about $16,000 and the Blazers about the same amount – it will again be less this year since the regular season is only 70 games because of the pandemic.

Now to provide some context, it is intuitively believed that health insurers (as contrasted to hospitals) did pretty well financially during COVID 19 last year because so many elective surgeries were postponed and people shied away from trips to the ERs or hospitals for non-COVID issues because of fear of contracting the virus. 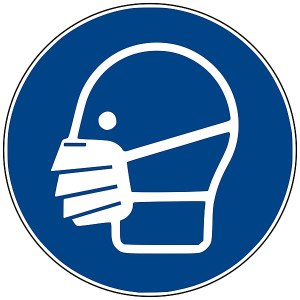 The Kaiser Family Foundation newsletter on 12/16/20 on “Health Insurer Financial Performance Through September 2020” stated, in part:

These findings suggest that many insurers have remained profitable even as both COVID-related and non-COVID care increased in the third quarter of 2020.” 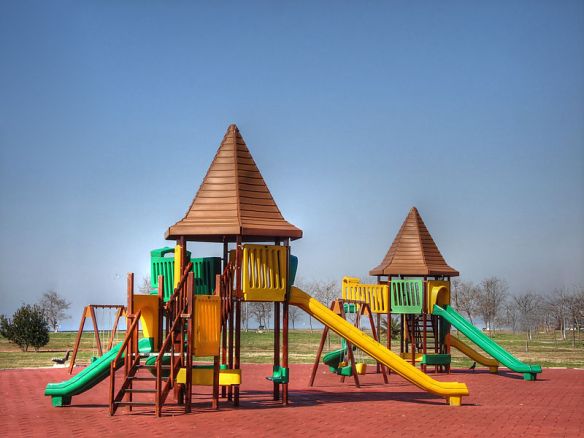 There has been no slide in health insurer profits…..

To conclude, I’ll leave you with what kind of playground $32,000 would provide.  According to Gametime.com which designs and manufactures commercial playground equipment for schools and communities and why the Moda website in some subtle wordsmithing states “towards building” rather than buying and installing the entire structure(s).

So when I hear Blazer players and announcers enthusiastically proclaim the Moda slogan “Be Better” and look at an excerpt from Moda’s mission statement: “Be outstanding community citizens through gifts of our time and resources,”  I ask for a little corporate introspection.  Not to be a wet blanket and admitting the program conceptually is to be lauded

Given the need to promote outdoor recreation at schools as the pandemic continues and given the number of Oregon communities decimated by wildfires, ice storms (and in Portland) vandalism to public facilities, could both Moda and the Blazers be better in this program without causing much internal organizational distress?  Rather than have three communities vie for the funds with one “winning”  how about awarding all three or more?

Cheers and Be Better by Getting Your Vaccination! 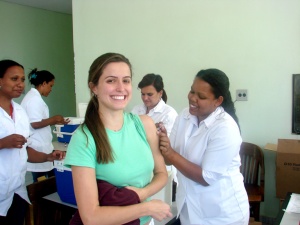 12 thoughts on “Analysis Paralysis and Efforts to “Be Better””