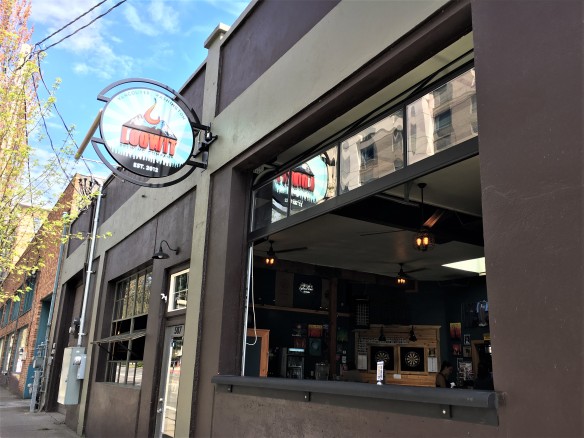 Since Vancouver, WA is within twenty miles of my house and before I retired, I would make frequent trips to this city right across the border when I visited Schwabe Williamson & Wyatt’s branch office right downtown, I’m not sure why a Vancouver watering hole has never previously graced the pages of Thebeerchaser.com.

Perhaps, it was the hellish traffic between Portland and the Washington border – going both ways – that makes one want to get the heck out of there as soon as possible to avoid the interminable delays on I-5.

That ceases to be a factor when one is retired, however, and it had been too long since I had raised a mug with my long-term friend and former colleague, Larry Paulson, at the law firm, so we mutually agreed on a brewpub in the heart of Vancouver.

“The General” as we called him, because after serving as Lead Staff Judge Advocate and Chief of Staff for the Oregon Air National Guard, he was promoted to Brigadier General in the Air Force. While serving in the Reserves he had a long and distinguished legal and management career.

A typical day at the Port of Vancouver.

He served as the Managing Partner in Schwabe’s Vancouver office until 1997.

He then had a notable tenure as Executive Director of the Port of Vancouver, USA, before retiring in 2013. (He reminded me that even though he is slightly older, he worked 1.5 years longer than I did.)

The Port is a big operation – it contains five terminals, along with the largest mobile harbor cranes in North America which are typically used to unload wind energy equipment.

The General and Aaron, our bartender, at Sidecar 11 with the original Beerchaser logo

I realized that Larry and I had not been Beerchasing since his two previous expeditions – the first in 2012 at Interurban and then in 2013 at Sidecar 11 – both on Mississippi Avenue in North Portland.

Given the number of lawyer stories we both know and Larry’s tales from his many years in the military, the situation had to be remedied.

I checked out the options in Vancouver and was surprised that there were quite a few.  In fact, according to Brewcouver.com there are fourteen and a number of additional brewpubs.  Visiting all fourteen makes one eligible for some unidentified prizes and benefits.

The convenient location of Loowit Brewing – one block away from the Schwabe office which I knew how to get to and some reasonably good social media reviews made it an easy choice. 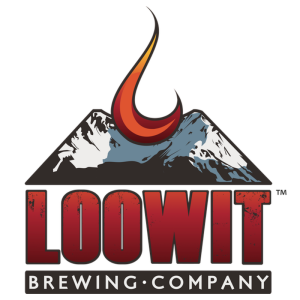 But perhaps the ultimate factor in making the decision was Willamette Week’s endorsement below from the Loowit web site.  WW has traditionally been a good resource for Thebeerchaser in researching Northwest watering holes:

“Loowit Brewing has been a mainstay of the burgeoning craft brew scene in Vancouver since opening in in 2012, and their ever-growing portfolio of dank IPAs, rich stouts and smooth lagers continues to keep them in the running as one of the area’s best.”

And in a 2017 review entitled, “Loowit is the Best Beer Hang in Vancouver,” the weekly was very positive about the ambiance and the beer.

General Paulson scoping out the menu.

Loowit – that’s the native American name for Mt. St. Helens meaning “Lady of Fire” –  like many of the independent micro-breweries, is a good story – two long-time friends – Devon Bray and Thomas Poffenroth – whose vision was initially fulfilled when they opened the brewery and taproom in 2012.

I was surprised that a small brewery had so many beers – 18 of its drafts in the taproom – and they have an impressive collection of awards on its resume.

An impressive number of awards for its beers.

Thirteen of the Loowit beers, starting in 2014, have been recipients of awards ranging from regional competitions such as the Washington Beer Awards and Bend’s Best of Craft Beer Awards to international competitions – a Silver Medal in the 2016 World Beer Cup for its Grimlock Rye Porter and a Bronze in 2018 at the Great American Beer Festival for its Shimmer Gloom Imperial Stout

The taproom has a nice, but not distinctive ambiance, from its open concept and appears to be smaller than it is because a separate game room (two traditional pinballs and two video games) and patio expand the capacity.  They also have a stage for music and a space for two dart boards.

They have live music a few times a month and show Portland Timber games and have good discounts whenever the soccer team to the south has a match.  A Happy Hour each weekday from 3:00 to 5:00 PM features $1 off beer and some food specials. 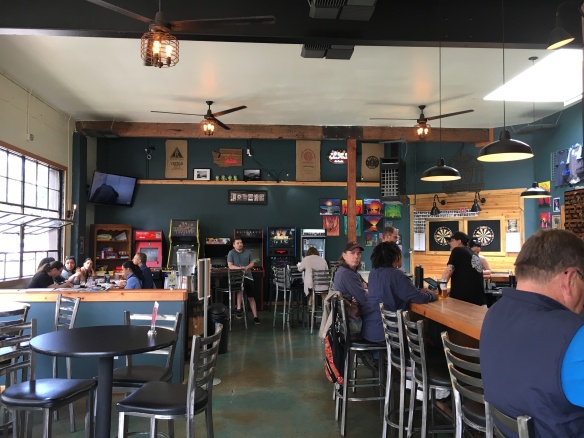 The brewpub has a limited, but typical pub menu with appetizers, salads, sandwiches and burgers.   The prices are a little steeper than in many establishments, but not unusual for one located in a downtown urban environment. (Sandwiches from $9 to $11 and burgers from $10 to $13.)

In the fair weather months, the open garage door, the large windows and the patio allow one to enjoy the downtown Vancouver bustle.

Larry and I each had a Cubano sandwich, which was good but not spectacular.   Typically, I make a return visit before doing a review, but I wanted to get this first Vancouver watering hole posted.   The next time I’ll have one of their burgers which get repeated praise on social media. Typical was this recent Yelp review from 6/8/19:

“We arrived – a party of four, all ordered burgers and agree these were some of the best burgers we’ve had.  And we’ve eaten many burger.  The sauces were very flavorful and the burgers were complemented by the challah buns.”

Similarly, when I return, I will have a flight of beers given their diverse and distinguished lineup.  After getting a very good and informed briefing from Andre, the bartender, I chose the Two-Sixteen Red Ale, since I like red ales and this one had understandably garnered awards in 2014, 16 and 19.

Larry downed a draft pint of one of their flagship beers – the Shadow Shinobi IPA – their best selling beer.

With continuing new releases – two in April (If You are to Bloom and Ms. Lazurus), numerous awards and their impressive equipment, Loowit Brewing is serious about beer and has established credibility as a player in the NW Micro-craft scene.

Of course, the experience was enhanced with a great companion like The General who is a wonderful human being, family man and whose broad experience provides endless conversations – interesting enough that the tales make one forget the traffic hell that awaited me after leaving……

“Don, did I tell you how the wind turbines being trucked to Eastern Oregon got stuck in an underpass.”