My friend, attorney Scott Whipple (see Dixie Tavern post), and I decided to hit two venues on the same night since they were separated only by several blocks.  Located in between the two (Dixie Tavern and Ash Street Saloon)  in Portland’s Old Town is the infamous VooDoo Donuts.  Known for its baking creativity exemplified by such concoctions as the Maple Bar with Bacon, Voodoo is a Portland landmark.

Since Scott is a former collegiate athlete (basketball and football at Grinnell College in Iowa) and in good physical shape, when I suggested we sample the fare, it led him  to quote deceased fitness guru, Jack LaLanne, “Probably millions of Americans got up this morning with a cup of coffee, a cigarette and a donut.  No wonder they are sick and fouled up.”  Given that we were on a pub tour, I reminded him that the relevant slogan should instead be:  “Beer – it’s so much more than just a breakfast drink….”

The Ash Street Saloon like the Dixie Tavern is in a very old building with purportedly historic roots.  One reviewer stated:

“Before the Ash Street Saloon started in 1994, it was a Korean Restaurant, before that a Mexican joint, and long before that it was a bookstore, and sometime around that era a barbershop as well. The place has worn many faces.

There was a restaurant called Hesse’s Cafe in the 1915 and 1930s next to it, they used to pass out tokens for meals to all the sailors and port workers. It also had a card room in the back that few knew about. But it all started as the Bickle Building, built in 1885. This was where the Portland City Council would meet up stairs… below was a confectionary (candy store).”

The bartender was a very nice lady named Tracy – originally from Erie, Pennsylvania, and now a confirmed Portlander.  It was a little rocky at the start when she asked Scott, “Do you have any ID.”   Scott responded in lawyer mode by asking, “About What?”  Fortunately, she brushed that off and then told us about the great half-pound burgers they offered, Happy Hour from 4 to 8:00 PM each day and the good live music seven nights of the week.

The reputation for live music is this venue’s main attraction.  Although the bar area itself is very small, there is ample room for bands and people to dance.  One review stated:   “It is a large dark space with a strange little bar….The Ash St. Saloon has a true, deep love for supporting music. This place is a haven for touring and local artists. The venue has great sound. Ask any musician in Portland and they’ll rave about the sound engineer, everyone in town loves her.”

If it were not for the music, Ash Street could be considered just a dive bar.  The building is old and quirky – for example, old deteriorating wood floors on the bar floor and brick walls in the band area.  Some have raised concerns about it being grimy:

A Tradition for Live Music

“The bathrooms are sometimes sketchy. ”  Perhaps “sketchy” was exemplified by another person who stated, “The bathroom has one of those old-school, and I’m betting, very unsanitary rotating pieces of cloth towels and the women’s room had weird oil marks on the cloth towel.”

Another asked what might be considered  to be not just a rhetorical question:

Was that a large rat scampering across the floor or a small nutria?”

However, after getting a $1.25 cold PBR draft, both Scott and I agreed that each of our personalities was at least as  blemished as the Ash Street setting and we would return.  We also both remembered with fondness when rolls of cloth towels in public restrooms were the norm.

We ended our tour of Ash Street with Scott reminiscing about the good old days in college.  Of course, I raised the question as to why any rational person would go to college in Iowa even if they were on an athletic scholarship.  Scott countered with a quote from Iowa Congressman, Leonard Boswell:  “Iowa is home to teachers, farmers, lawyers, factory workers, and many others who work hard every day to provide the best for their families and their future. “ 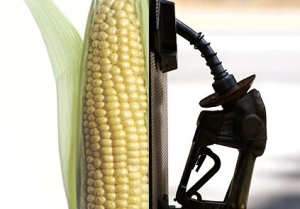 A “Shot” to the Economics of Whisky Production?

As  you can see, thebeerchaser tour not only explores the ambiance of Portland’s many bars and taverns, but involves pseudo-cerebral discussion on public policy, dietary issues and, of course, the ongoing debate about the long-term future of the letter M in the alphabet.

1 thought on “Ash Street Saloon – Where the Locals are Rockstars!”